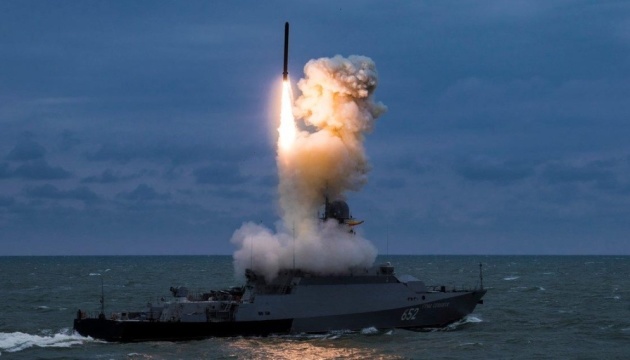 As of January 25, 11 Russian warships are on combat duty in the Black Sea, including four carriers of Kalibr cruise missiles, the total salvo is about 28 missiles.

This is stated in messages of the Naval Forces of the Ukrainian Armed Forces, reports Ukrinform.

As noted, in the Sea of ​​Azov, the enemy continues to control sea communications by keeping two ships on combat duty; in the Mediterranean Sea – 10 enemy ships, five of them carrying Kalibr cruise missiles, a total salvo – 72 missiles.

According to the Navy, during the day in the interests of the Russian Federation, the passage of the Kerch-Yenikal Strait was carried out by:

Read also: the Russians bombarded eight regions of Ukraine during the day – the construction of OVA

“Russia continues to violate the 1974 International Convention for the Safety of Life at Sea (SOLAS) by turning off automatic identification systems (AIS) on civilian vessels in the waters of the Sea of ​​Azov,” the Navy added.

How reportedas of January 22, 11 Russian ships were on combat duty in the Black Sea, including four Kalibr cruise missile carriers with a total salvo of 32 missiles.