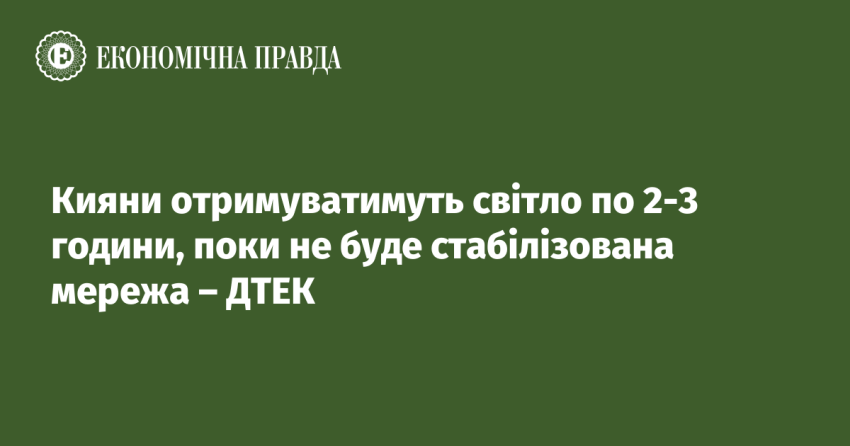 In Kyiv, the light for consumers will be on for 2-3 hours, until the amount of electricity coming to the capital increases.

This was stated by the director of DTEK, Dmytro Sakharuk, on the airwaves of the telethon.

According to him, currently about 30% of Kyiv’s population is supplied with electricity.

“We will change it little by little, giving light for 2-3 hours at a time, until the amount of electricity supplied to Kyiv is increased,” he added.

Once the system has stabilized, DTEK plans to move to the planned outage times that were in effect until Wednesday morning.

At 5:20 p.m., 70% of the capital’s housing stock is in operation emergency stop electricity, water supply in all districts of Kyiv have been restored.

As of 7:00 p.m. on Thursday November 24, electricity producers supplied about 50% of needs consumption in Ukraine.