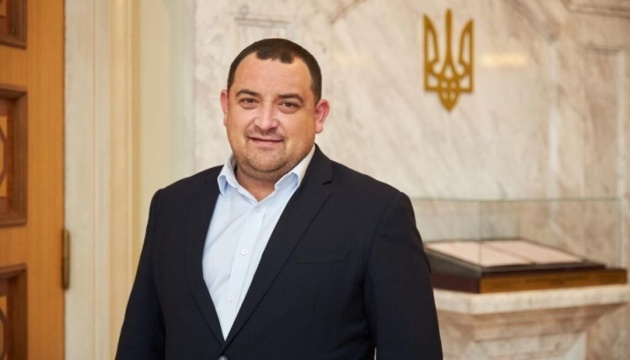 The specialized anti-corruption prosecutor’s office sent an indictment to the High Anti-Corruption Court against People’s Deputy Serhii Kuzminykh, who is accused of receiving a bribe in the amount of UAH 558,000.

This was reported by the press service of the SAP in Telegram, reports Ukrinform.

“SAP prosecutors based on the materials of the pre-trial investigation NABU completed the pre-trial investigation and sent an indictment to the court against the People’s Deputy of Ukraine of the 9th convocation on the fact of receiving an illegal benefit in the amount of 558 thousand hryvnias for ensuring victory in a number of tenders for the purchase of medical equipment at the expense of the budget,” the message says.

Read also: SAP will appeal the acquittal of the former head of the State Grain Corporation

In the course of the pre-trial investigation, it was established that the deputy received a bribe for influencing victory in a number of tenders for the purchase of equipment at the expense of the budget, which was conducted by the KP “Hospital No. 2 named after Pavlusenko” Zhytomyr City Council”.

In accordance with previously agreed agreements, a tender was held in 2021 for the purchase of medical equipment for a total amount of more than 40 million hryvnias, including MRI, ultrasound diagnostic systems and a laparoscopic set for surgical procedures. Already after the hospital paid for the cost of the equipment, the deputy asked to hand over 558,000 hryvnias to help him win, which is 30% of the contract amount.

According to the investigation, the deputy planned to apply such a scheme in the future after the hospital transferred funds in accordance with other contracts – 37.5 million hryvnias (30% of the cost of MRI equipment is 11.25 million hryvnias) and more than 398 thousand hryvnias – from the cost of a laparoscopic set for surgical procedures.

On January 31, 2022, the Prosecutor General signed a notice of suspicion to the specified People’s Deputy.

On July 15, 2022, SAP prosecutors and NABU detectives completed the pre-trial investigation in the criminal proceedings and opened the materials to the defense for perusal.

As Ukrinform reported, at the beginning of the year NABU employees detained People’s Deputy Serhiy Kuzminykh on suspicion of receiving 558,000 hryvnias in illegal profits.