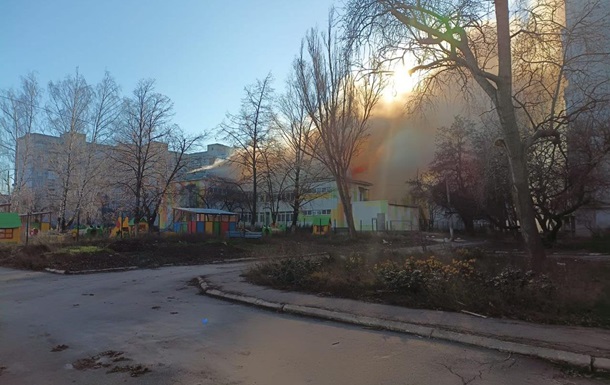 Yesterday, the Russians destroyed a kindergarten and at least three private houses in Bakhmut.

As a result of Russian shelling in the city of Liman, one person was killed and three others were injured. Another civilian was wounded in Bakhmut, the head of the Donetsk Regional Military Administration (OVA) Pavlo Kyrylenko reported on Wednesday, November 30.

“During the previous day, the Russians destroyed a kindergarten and at least three private houses in the city. Shelling on the outskirts of Svitlodarska and Soledarska communities was also recorded in this direction,” he wrote in Telegram.

On the Volnovasky direction, Ugledar and Bogoyavlenka are under artillery fire, the administrative building was damaged.

In the Lysychansk direction, one person died in Lyman, three others were injured.

The Kurakhiv community was hit by five shellings – several private houses in Kurakhiv and Kurakhivka were damaged. The shelling of Maryinka continued during the night, the enemy launched three shellings on Avdiivka in the morning – there are hits in residential quarters, the exact consequences are being established.

“The massive shelling of Torskyi and Zarichnyi does not stop – there are no victims,” ​​added the head of Donetsk OVA.