In the afternoon, the occupiers shelled the streets of Energodar with artillery.

About this reported Mayor of Nikopol Yevhen Yevtushenko, reports Censor. NO.

According to him, the occupiers deliberately fired at the first neighborhood of Energodar, specifically targeting the street where many civilians walk.

“The Russians aimed at the pedestrian street, where there are always many people. Also, the first neighborhood was chosen for a reason – the Russians did not settle there. This is a quiet five-story neighborhood in the city. Their tactics in relation to Energodar have changed. There is no longer a goal to “make friends,” Yevtushenko wrote .

He also added that he received information from a subscriber that after the shelling of the Energodar neighborhood, locals began to gather at the scene.

“There were people there who said ‘they fired from the direction of Nikopol’. Presumably, the Rashists set up “non-locals” to spread anti-Ukrainian rumours,” he noted.

By in words the mayor of Energodar Dmytro Orlov, as of 17-20 it is known that a man who was walking his dog at that time died as a result of shelling in the first micro-district. The animal also died on the spot.

Also read: In Energodar, more than a thousand people have already passed through the Russian torture chambers, – Mayor Orlov

Mayor Dmytro Orlov added that on August 14, 2022, Russian occupiers fired at least 6 shots at the city of Energodar from 15:00 to 15:30. As a result of shelling, an employee of the Zaporizhzhya NPP, shop foreman Marko Maksym Petrovych, died.

Two more energy workers were injured and have been sent to the specialized medical and sanitary unit of Energodar. 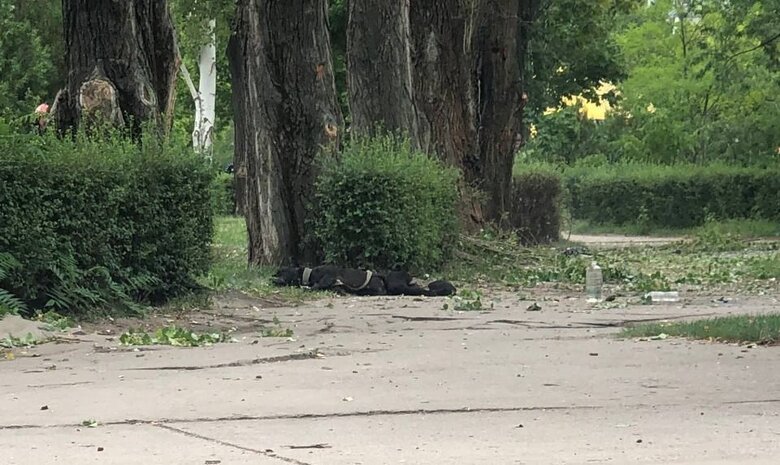