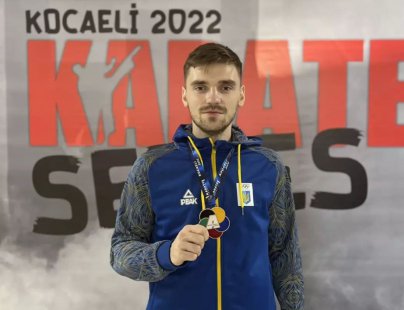 From September 23 to 25, the “Karate 1. Series A” karate tournament was held in Kocaeli.

People from Sumy also participated in the competition: Valery Sonnykh from the club “Vado-kai” and Anna Geiko from “Progress”.

Valery in his weight category won 4 matches in the group, but lost in the semifinals. In the battle for “bronze”, the man from Sumy won. The athlete was prepared by coach Vadym Kolomiets.

Anna made her debut at this level and won the first match, but lost by judges’ decision in the second round to the Egyptian, who reached the semi-finals. If she had won, Sumy’s wife would have had a chance to compete for “bronze” in the consolation matches. The athlete was prepared by coach Ihor Ugnich.

Read us also in TELEGRAM