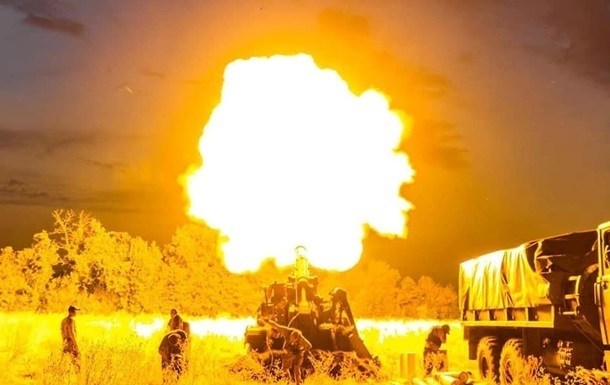 The Armed Forces give the enemy a decent rebuff

Enemy attacks were repulsed in the areas of the settlements of Spirne, Soledar, Pidgorodne, Bakhmut, Mayorske, Kamianka, Peremoha, Pavlivka.

Since the beginning of the day, the Ukrainian military has repelled eight enemy attacks and destroyed three warehouses with ammunition of the occupiers. It is reported General Staff of the Armed Forces of Ukraine in the evening summation on September 26.

It is emphasized that enemy attacks were repulsed in the areas of Spirne, Soledar, Pidgorodne, Bakhmut, Mayorske, Kamianka, Peremoha and Pavlivka settlements.

“Ukrainian aviation carried out about 20 strikes. It was confirmed that 13 areas of concentration of enemy manpower and military equipment, positions of armored vehicles and five positions of anti-aircraft missile systems were hit,” the message says.

It is also reported that the enemy continues to focus its efforts on holding the captured territories, attempts to fully occupy the Donetsk region, as well as disrupting the active actions of the Defense Forces in certain directions. The enemy is trying to restore lost positions in certain directions, conducts aerial reconnaissance and strikes at civilian infrastructure.

In particular, during the current day, the enemy launched two missile strikes and four airstrikes, carried out more than seven attacks from rocket launchers. Also, the enemy used strike UAVs in the area of ​​Bilenke settlement of Odesa region.

As noted in the General Staff, 12 settlements were affected by the shelling of the occupiers. In particular, Zaporizhzhia, Marganets, Musiivka, Nikopol, Potemkine, Osokorivka, Mykolaiv and Ochakiv.