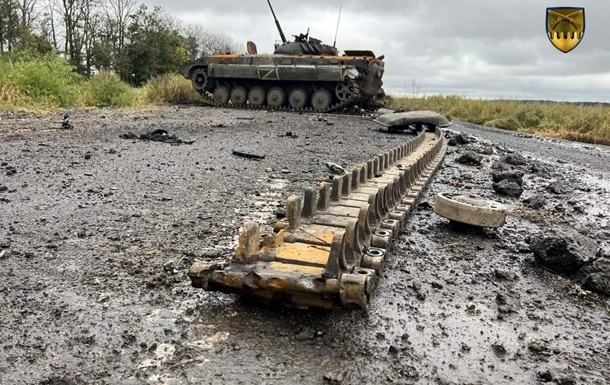 The Armed Forces continue to inflict losses on the enemy

The Ukrainian military hit two enemy command posts and a warehouse with ammunition in the Kherson region. About this reports Operational Command South.

It is noted that during the day, the Air Force of the Armed Forces of Ukraine made 13 strikes against the enemy, and the air defense forces shot down five kamikaze drones aimed at our positions by the enemy in the Mykolaiv and Bashtan districts.

Missile and artillery units completed about 280 firing missions, including the destruction of two control points in Beryslav and Nova Kakhovka, three foci of enemy forces and equipment in the Kherson and Kakhovka districts.

As stated in OK Piv’d, the enemy’s attempt to send a column of military equipment through the Kakhovsky bridge with the onset of darkness was stopped.

The losses of the enemy in the south during the day amounted to 18 soldiers, three large-caliber howitzers Msta-B and Msta-S, two tanks, two units of other armored vehicles.

In addition, effective damage was confirmed on the eve of the pontoon crossing in the Lviv region.

Earlier it was reported that the Armed Forces are in the south destroyed 90 occupiers and enemy equipment.

We will remind, in the southern direction, the Ukrainian army struck attack on the occupiers’ barge in the Antonivsky Bridge area in the Kherson region, sinking it.