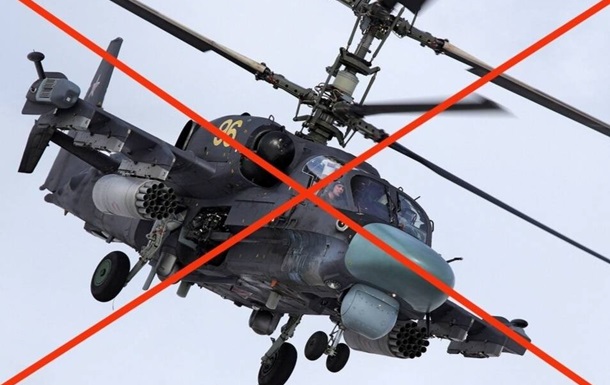 The enemy Ka-52 was destroyed by the soldiers of the anti-aircraft missile unit of the Khortytsia operational-strategic group of troops.

Units of the anti-aircraft missile forces of the Khortyts operational-strategic group of troops destroyed two Ka-52 enemy helicopters over the weekend. About this reports press center of the United Forces Group of the Armed Forces.

“The units of the anti-aircraft missile forces of the Khortytsia operational-strategic group of troops faithfully perform their duties even on weekends, as a result, two Ka-52 fire support helicopters were destroyed on Saturday and Sunday,” the message reads.

We will remind, on August 9, as a result of explosions at the Saki airfield near the village of Novofedorivka in the occupied Crimea, Russia lost fighter jets worth hundreds of millions of dollars.