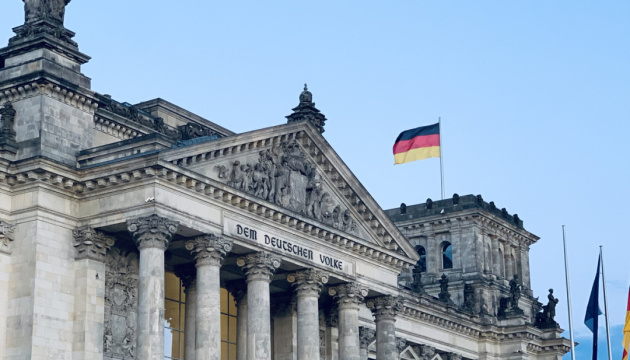 Strengthening Ukraine’s defense capabilities at the expense of state-of-the-art weapons strengthens the negotiating positions of our country and brings the end of the war closer.

This was stated by the deputies of the Bundestag of the Federal Republic of Germany, Michael Roth and Jürgen Trittin, during the parliamentary debate, reports the correspondent of Ukrinform.

He called January 25 a “good day” for people in Ukraine, who have been fighting for their freedom, as well as the sovereignty and territorial integrity of their state for 11 months. It is also a good day for the unity of the alliance, which includes Europe, NATO and many states that have stood by Ukraine for 11 months, supporting it in every possible way. “At the same time, this is a bad day for the Russian regime, for Russian nationalism, Russian imperialism, which plunged Europe, not only Ukraine, into fear and hatred,” the politician said.

According to him, it is not only about helping Ukrainians to defend themselves, but also about the liberation of territories captured by Russia. If Russia is not stopped now, a war will break out in Europe, the victims of which will be other countries, for example, Moldova. Roth emphasized: only when Putin loses, he will be ready for real serious negotiations. Therefore, Ukraine can end this war only from a strong military position.

Read also: Polish general: Germany is able to deliver tanks to Ukraine in a month, not three

“Therefore, the victory of Ukraine, the restoration of its sovereignty is not only an act of solidarity with our neighbor and partners, it corresponds to European and our national interests… More weapons will bring us closer to peace,” the convinced social democrat, who a year ago categorically rejected the the idea of ​​providing Ukraine with any weapons.

Roth added that politicians should constantly explain the situation to the population of Germany, which is experiencing a lot of fears and apprehensions due to Berlin’s assistance to the Ukrainians in the war.

In turn, the representative of the “Greens” Jürgen Trittin expressed the opinion that without tanks, Ukraine will not be able to stop the Russians, but average Germans are afraid of escalation and the involvement of Germany in the war.

The threat of escalation exists in every war, the deputy admitted. At the same time, he is convinced that the best defense against escalation is unity in the ranks NATO and aid to Ukraine.

“For Ukraine, this assistance is existential… We seriously want to prevent Ukraine from being taken over by Russia. It is in our own interests: whoever believes that borders in Europe can be changed with the help of force threatens security and peace in Germany as well,” Trittin emphasized.

The debate in the German parliament was initiated by the conservative opposition to push the government to provide Ukraine with tanks. However, a few hours before that, Chancellor Scholz announced such a decision. In this way, the speeches of the deputies were aimed either at supporting the position of the head of the government, or at fierce criticism of the government.