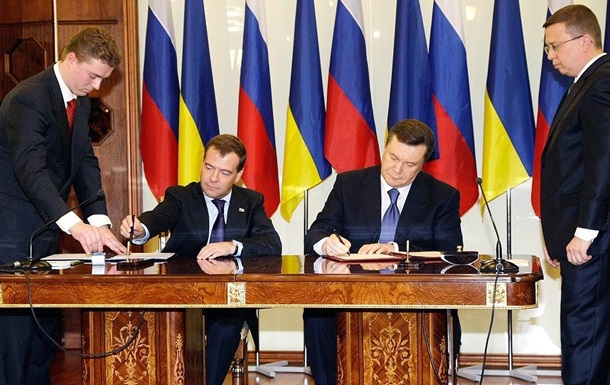 Signing of the Kharkiv Agreements in April 2010

The officials who prepared the Kharkiv agreements are suspected of treason. However, both of them are still wanted.

The court chose a preventive measure in the form of detention of the former Minister of Justice and Minister of Foreign Affairs during Yanukovych’s time. Ex-officials were charged with treason for preparing the Kharkiv agreements. About September 23 reported press service of the State Bureau of Investigation.

SBI investigators have collected evidence to prosecute two former ministers for committing treason during the drafting, agreement, signing, ratification and implementation of the Agreement between Ukraine and Russia on the presence of the Black Sea Fleet of the Russian Federation on the territory of Ukraine dated April 21, 2010, the so-called Kharkiv agreements.

We will remind, in 2021 suspicion was already announced against Viktor Yanukovych and Mykola Azarov for committing treason, they are also wanted. In July 2022, the investigator The SBI has declared the former ministers on state and international wanted list. According to operational information, the accused are abroad. The investigation is ongoing.