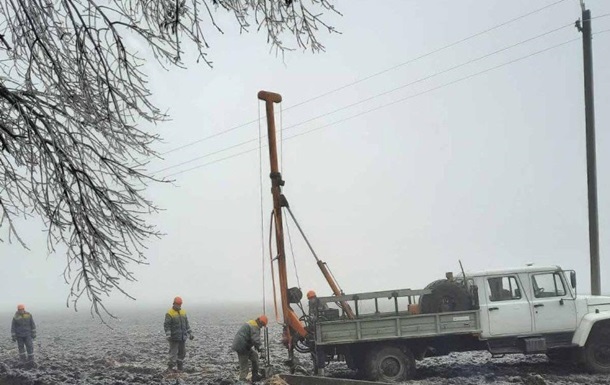 Difficult weather conditions are slowing the pace of recovery. In addition to the damage caused by Russian missiles, icing and broken wires in the networks.

The deficit in the energy system decreased to 30%. Energy companies have already provided more than 70% of needs in the entire country, it is reported Ukrenergo on Friday, November 25.

It is emphasized that power was initially supplied to critical infrastructure facilities in all regions: boiler houses, gas distribution stations, waterworks, sewage treatment plants, public electric transport is operating in some regions.

Work is underway to restore power to household consumers. But Ukrenergo warned that the pace of recovery is being slowed down by difficult weather conditions: due to strong wind, rain and sub-zero temperatures at night, the damage caused by Russian missiles is accompanied by icing and broken wires in distribution networks (oblenergo).

At the same time, the electricity deficit in the system persists. Currently, it is 30% of the total volume of consumption. In connection with this, all regions of Ukraine have introduced both scheduled and emergency consumption restriction schedules.

Earlier, Ukrenergo stated that the energy system of Ukraine has already passed the most difficult stage after a Russian missile attack. All regions are revitalized. In one or two days, the power companies will switch from emergency power outages to scheduled ones.

It will be recalled that on November 23, Russian troops carried out the seventh massive missile attack, which led to power outages throughout Ukraineas well as in Moldova.