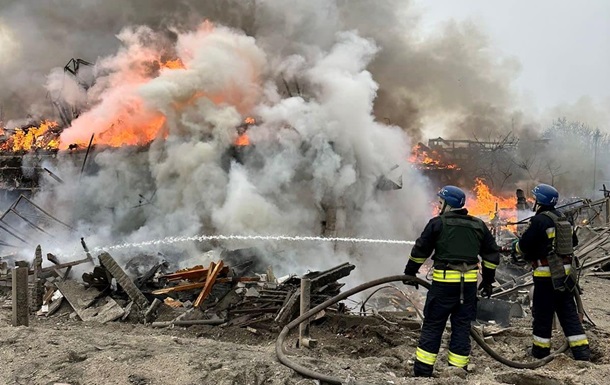 A fire broke out at the point of impact

As a result of getting into houses in the private sector in the Amur-Nizhnyodniprovsky district, there are victims.

As a result of the missile attack on the Dnipro, people in the private sector were injured. About this reports Department of the National Police of the Dnipropetrovsk Region on Saturday, November 26.

“As a result of hitting houses in the private sector in the Amur-Nizhnyodniprovsky district, there are victims,” ​​the message says.

According to law enforcement officers, Russian aggressors hit residential buildings of civilians in the city.

There are currently seven destroyed houses in the private sector. A fire broke out at the point of impact.

“All specialized services are working at the scene of the crime. Law enforcement officers are carefully recording the crimes of the Russian military,” the police added.

By data head of the Dnipropetrovsk OVA Valentina Reznichenko, the number of victims has increased to six people. One woman is in serious condition.

Earlier it was reported that a strong explosion rang out in Dnipro. After that, an air alert was announced. City communications and infrastructure were not affected.

We will remind you that during the day of November 24, Russian troops shelled the territory of Kherson Oblast 49 times. Then 10 people died, and 54 civilians were injured.