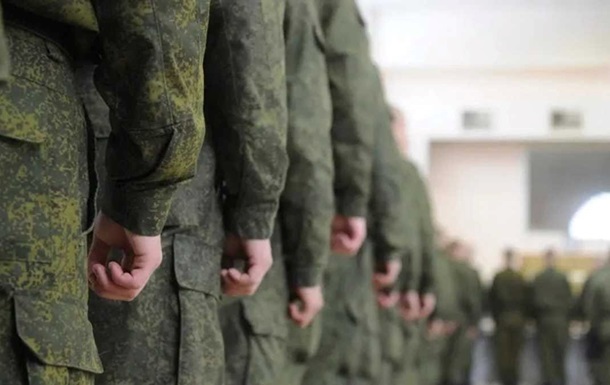 In Crimea, the main number of reservists is planned to be recruited from among the employees of private security companies.

To replenish manpower losses, the enemy continues forced mobilization in temporarily occupied territories. This is reported in the morning newspaper summary of the General Staff Armed Forces of Ukraine on September 23.

Thus, in Horlivka on September 19, representatives of the First Army Corps detained and took ten men to military service, regardless of their age or health.

“In the period from September 18 to 20, representatives of a Russian private company unsuccessfully tried to recruit prisoners in the Luhansk pre-trial detention center,” the General Staff said in a statement.

It is noted that as part of the implementation of partial mobilization measures, the occupying authorities of Crimea announced that the main number of reservists is planned to be recruited among employees of private security companies who have military service experience. In Sevastopol, some firms have already been instructed to prepare lists of all employees subject to the requirements.

It is also known about the early graduation of cadets from the graduation courses of the Air Defense Military Academy of the Armed Forces of the Russian Federation named after Marshal Vasylevsky in Smolensk and their further placement in the army.

On the basis of the Moscow combined military command school, in the period from September 26 to October 24, the Russian military leadership plans to hold a meeting with citizens who are in reserve.

The Minister of Defense of the Russian Federation Serhiy Shoigu said that they will be on duty a total of 300,000 reservists were drafted.