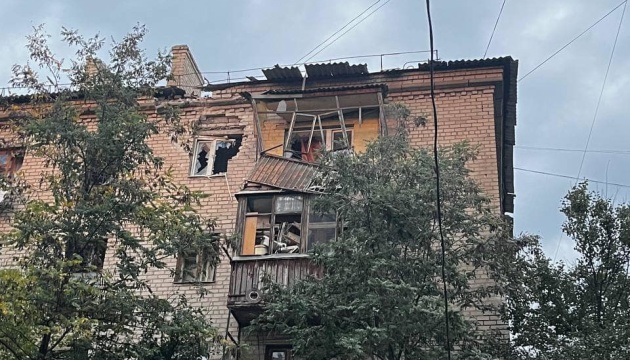 Russian invaders again shelled the center of Kramatorsk in Donetsk region, as a result of which four people were injured, high-rise buildings and a square were damaged.

He published photos of the destruction from the site of the arrival of enemy weapons.

As reported, the Donetsk region is under constant shelling by Russian troops, there is no gas supply in the region, and there are problems with water.

Read also: Fragments of a woman’s body were removed from the rubble of a destroyed building in Krasnohorivka

At the time of the full-scale invasion, 1,670,000 people lived in the region. By the autumn-winter period, no more than 235,000 people involved in the defense and maintenance of critical infrastructure should remain in the region, because this is the maximum number of people who can be warmed in winter.