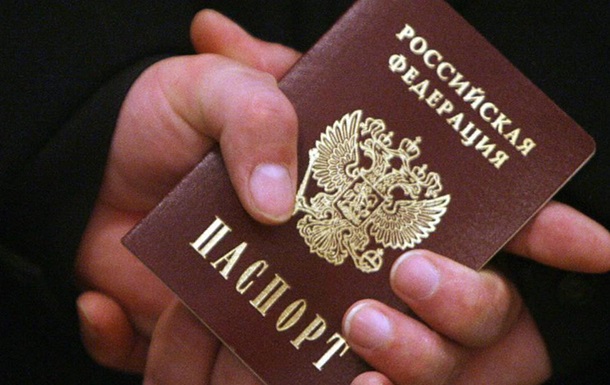 Russians are fleeing the country after the announcement of mobilization

After the announcement of the mobilization, the number of people willing to leave the Russian Federation increased, so the EU should develop a common position regarding requests for entry and asylum from Russians, the European Commission noted.

The member states of the European Union will have to evaluate the requests of Russian citizens for entry and asylum in the EU in each case separately, but the European Union should develop a unified position, taking into account the fact that after the announcement of mobilization in the Russian Federation, their number may increase significantly. This was reported by the Reuters agency on Thursday, September 22, with reference to officials of the European Commission.

Thus, European Commission spokesman Peter Stano said at a briefing that half a million Russians have already left the country since the beginning of the full-scale invasion of the Russian Federation into Ukraine, and after the announcement of mobilization, the number of those willing to do so is only increasing. “Protest actions were held in a number of Russian cities. This shows that Russians are voting with their feet,” he said, adding that the EU stands in solidarity with Russian citizens who “have the courage and bravery to demonstrate their opposition to the regime’s actions.”

According to another official, requests to enter the EU “must be carried out in accordance with the law” regarding asylum procedures. “Given this unprecedented situation, EU member states will consider them on a case-by-case basis,” his agency quoted him as saying, without naming him.

At the same time, another European official noted that “the EU will need to work out a common position”, taking into account the likely increase in requests after the announcement in the Russian Federation of mobilization for the war in Ukraine.

The Baltic countries refuse to give asylum to Russians

Meanwhile, the Baltic states have already declared that they will not grant asylum to Russians fleeing mobilization.

Thus, Lithuanian Defense Minister Arvydas Anusauskas told the Associated Press today that being drafted into the army is not a sufficient reason for receiving asylum. “Political asylum is granted to those who are persecuted because of their beliefs or for other similar reasons,” he emphasized.

The day before, Latvian Foreign Minister Edgars Rinkevičs announced that his country will not issue humanitarian visas to citizens of the Russian Federation who seek to avoid mobilization, and will not change the entry restrictions introduced on September 19 for Russians with Schengen visas who want to enter the EU through Latvia border. you cannot give in to Russian blackmail and you must help Ukraine with all your might. “We must not give in to blackmail and must support Ukraine as much as possible. Russia is as dangerous to Europe and world peace today as Nazi Germany was last century,” he wrote on Twitter.

In turn, Estonian Minister of Internal Affairs Lauri Laanemets called Russia’s invasion of Ukraine a “collective responsibility of Russian citizens,” and allowing refugees from the Russian Federation to enter was a violation of EU sanctions. “We hope that this will increase discontent among the population,” he added.

Finland will ban entry to Russians

Russians seeking to avoid conscription mostly go to countries that still have direct air connections with the Russian Federation. In particular, to Serbia, Turkey, Georgia and Armenia. After the announcement of partial mobilization, airline tickets to these countries were sold out several days in advance. The Baltic countries have closed their borders to the vast majority of citizens of the Russian Federation, so there is no large number of people willing to leave for them.

At the same time, Finland, which has Europe’s longest border with the Russian Federation at 1,300 kilometers, remained open to Russians, although it limited the work of consulates in issuing visas. According to Finnish border guards, the flow of traffic from Russia has increased over the last day, but there has not been too much excitement. Thus, 4,824 citizens of the Russian Federation arrived in the country through the eastern border during the day, while a week ago there were 3,133 of them.

Finland announced yesterday that is going to completely ban Russian tourists from entering its territory. According to the Minister of Foreign Affairs of the country, Pekka Haavisto, experts from various ministries are already dealing with this issue. “We have decided to start preparing a national decision on how we will limit or completely ban this tourist flow. And this national decision may include a new law that will be adopted very quickly, or a change in the current rules,” Finnish newspaper Iltalehti quoted him as saying at a press conference. The minister emphasized that “Finland does not want to be a transit party for Schengen visas issued by other states and wants to take this movement under control.”