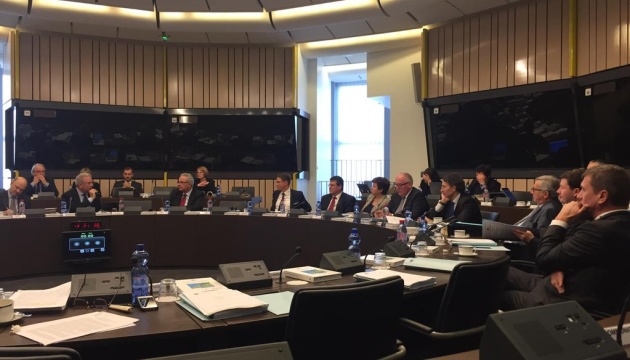 The European Commission recognized that Hungary’s efforts in introducing the necessary reforms, in particular, in the system of public administration and in the area of ​​the rule of law and the independence of judicial decisions, were insufficient, so it once again postponed the payment of 5.7 billion euros of budgetary aid to Budapest for recovery after the coronavirus pandemic.

As Ukrinform reports, such information was made public today at website of the European Commission.

As the European Commission notes, Hungary has already carried out or continues to carry out important reforms, but at the same time it has still not been able to “adequately” implement the key provisions of the 17 corrective measures agreed between the European Commission and the Government of Hungary as part of the conditionality mechanism, and which should have been implemented by the deadline that falls on November 19. This, in particular, concerns the effectiveness of the newly created integrity body and the established judicial procedures for reviewing the decisions of the prosecutor’s office.

As a result, as the European Commission previously announced in its previous decision in this case on September 18, it was decided to suspend payments for 65 percent of three EU regional development programs, amounting to 7.5 billion euros.

In particular, according to the assessment of the European Commission, Hungary has fulfilled only 48 percent of the action plan for achieving the EU’s climate goals. These measures were to be aimed at achieving the priorities of the EU’s REPowerEU energy revitalization program, reducing dependence on Russian fossil fuels, “decarbonizing” the entire economy through reforms in such sectors as transport, energy, water resources management, and the renewable “circular” economy.

In another area related to digital transformation, the level of implementation of the agreed plan did not exceed the indicator of 29.8 percent. Other important criteria in the fight against corruption, in the improvement of state procurement mechanisms and in other important areas were also unfulfilled.

In accordance with existing regulatory rules, the European Commission is now submitting this decision to the Council of the EU, which must vote on the matter by December 19. This decision will be made by qualified majority. If the European Commission’s proposal is approved at the member state level, the payment of budgetary resources to Hungary under the mentioned programs under the so-called “Recovery and Resilience Plan” (RRP) will be suspended, as the Hungarian government has failed to implement key reforms agreed at the level of the whole EU.

Read also: Orban sometimes uses Ukraine in his own game with the EU – Kuleb

As reported, on September 15, the European Parliament by an overwhelming majority of votes adopted a resolution on the basis of the presented report, according to the loud conclusion of which Hungary can no longer be considered a democracy, and European values ​​there are under systemic threat. According to the conclusion of European politicians, this country under the leadership of Viktor Orbán has become a “hybrid regime of electoral autocracy”, characterized by the collapse of democracy, basic human rights and the rule of law.