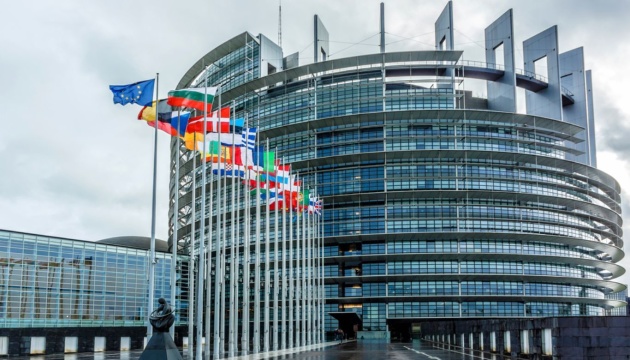 The Subcommittee on Security and Defense of the European Parliament considered the impact of the war in Ukraine on the export of arms from the EU and further control over this process.

According to the correspondent of Ukrinform, Giovanna Maletta, a researcher and employee of the dual-use and arms trade control program of the Analytical Center of the Stockholm Peace Research Institute (SIPRI), presented the corresponding conclusions to the MEPs.

She focused on the importance and impact of using such a financial instrument as the European Peace Fund (EPF) in the matter of supplying Ukraine with military equipment, as well as on the consequences of arms exports and the system of control over them within the EU.

Maletta emphasized that the implementation of EPF aid measures, which provide for the supply of military equipment, at the same time raises fundamental issues that are relevant for the implementation of arms export control in the EU. Some of them are specific because of the Ukrainian context, while others relate to how the European Peace Fund works in general.

According to her, the implementation of these assistance measures defines the unprecedented role of the EU in the field of arms export control, including the stage of risk assessment before licensing. “This is not something that was specifically introduced by EPF aid measures to support Ukraine, but it is something that was established in the very functioning of the European Peace Fund,” the expert noted.

Read also: The European Commission refuted Russian fakes about the “sale” of Western weapons by Ukraine

She noted that in the context of arms transfers to Ukraine, the EU should conduct a risk assessment, as well as an assessment of the consequences of providing a lethal package of EPF aid to support Ukraine, and this should be done under some pressure, because once the Russian invasion begins, it is necessary to act quickly. At the same time, the scientist noted, these assessments are very sensitive and should ideally be carried out without pressure, so they should not be involved in the implementation of future EPF death benefit measures.

“The key question here is whether the European Union has the necessary resources to conduct assessments, and how to coordinate efforts with EU member states that have yet to conduct their own assessments at the national level,” the expert noted.

“The second point, taking into account the exceptional circumstances caused by the war in Ukraine, is to define alternative forms of cooperation in the provision of aid, as well as prevention and detection of the possible transfer of weapons outside Ukraine,” Maletta said. She emphasized the importance of creating a suitable initiative that could be applied to future EPF support measures with or without a lethal component.

The next, broader issue affecting the EPF’s operations, Maletta said, is determining how the early verification systems will work after military equipment is delivered to the sites, as announced the European Union. “Applying such measures to track EPF-financed equipment sent to Ukraine will be a serious problem, given that there is an ongoing conflict between the states,” the expert stated.

According to her, the EU should pay serious attention to how this might work in the context of Ukraine, but also consider how these mechanisms might be applied in the context of the EPF’s euthanasia measures more generally.

Read also: The best way to lasting peace is to supply Ukraine with weapons – Stoltenberg

Maletta noted that the EU has never had a functioning agency working in this area, and even EU member states that implement these measures within their national systems have limited experience when it comes to enforcement.

So, she said, the key question is how to coordinate the efforts made at EU level with those of individual EU Member States to avoid duplication and create a harmonized approach to make the best use of the resources available both in the European Union and in member state levels.

At the same time, the expert is convinced that now, when the issue of revising the common position is relevant, the context in which this revision is taking place gives an opportunity to consider in general the adoption by the member states of conducting inspections after sending the equipment to the place of delivery – as measures that will reduce the risk of its redirection

“And then EU member states can consider adopting a more specific wording of post-delivery spot checks and include the revised version in their guidelines,” Maletta added.

The expert separately noted that the war in Ukraine also contributed to the ongoing discussions surrounding the strategy of strengthening the strategic autonomy of the European Union through increased defense cooperation in Europe.