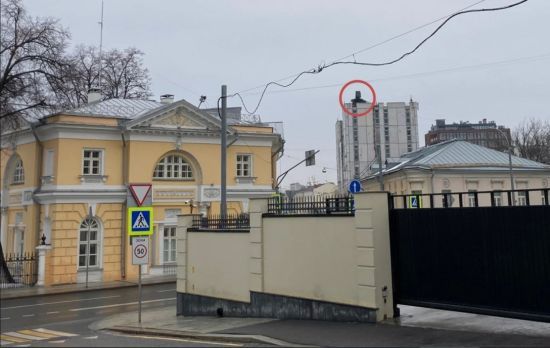 Why are anti-aircraft systems deployed in the capital of the Russian Federation?

The representative of the Main Directorate of Intelligence of the Ministry of Defense of Ukraine did not object to the strikes from the territory of Ukraine in the zone of the Russian Federationfrom where the enemy attacks Ukrainian cities.

This was discussed during the national telethon.

The Deputy Chairman of the State Government, Vadym Skibitsky, confirmed that the Kremlin is in the zone of damage by the means of the Armed Forces. That is why in Moscow started deploying air defense systems.

“But this is after Engels. And this means that if we reach Engels, then we will also reach the Kremlin,” he replied to the host’s comment about the location of air defense systems by the Russians not only near the Engels airfield, but they also put the Kremlin.

Skibitskyi also commented on the explosions in the temporarily occupied Crimea. He noted that military intelligence also works in the occupied territories.

And since a “powerful regrouping of Russian troops” is taking place, mobilization reserves of Russia are being moved in all directions of the front both from the Rostov region of the Russian Federation and from the occupied Crimea, so they can strike at the barracks and training grounds of the Russians.

“Sooner or later, they will go from these barracks to the front line and attack our villages, our cities,” added Skibitsky.

The representative of the GUR of the Ministry of Defense of Ukraine did not rule out strikes on Russian territory as well.

It happened at the end of 2022 an explosion at the military airfield in the city of Engels in Russia. This “cotton” has happened for the second time right where cruise missiles are launched over Ukraine.

As early as January 2023, the Russians placed Pantsir-S1 anti-aircraft missile systems on the roofs of central buildings in Moscow. As it turned out, they are aimed at protecting against a theoretical Ukrainian attack personally Vladimir Putin and its surroundings.

We will remind you that the “Pantsir S-1” anti-aircraft missile complexes were installed on the roof Ministry of Defense of the Russian Federation a few kilometers from the Kremlin.