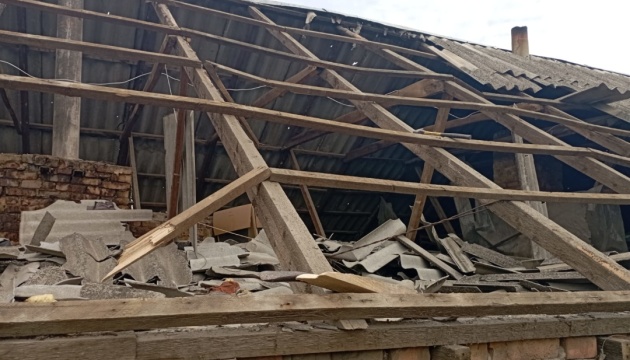 In the Kherson region, the Russian army shelled 7 settlements over the past day, the police are recording the consequences of enemy attacks.

It is noted that the invaders hit settlements with tanks, mortars and artillery. The infrastructure was damaged, residential buildings were hit, and there are wounded.

Over the past day, the police opened 29 criminal proceedings on the facts of war crimes committed by the Russian army in the Kherson region.

Information about coercion during the pseudo-referendum also continues to come in.

“From the temporarily occupied villages of the region, local residents continue to receive reports that the Russian military, under the threat of using weapons, is forcing them to vote in a pseudo-referendum in favor of joining the Russian Federation,” the report says.

Also, according to the police, a collaborator from among the local residents was exposed in the Dar’iv territorial community. The man cooperates with the self-proclaimed authorities and voluntarily took the position of the so-called village head of the village. Ingulets Now the traitor is taking a direct part in the organization and holding of the pseudo-referendum, the police inform.

As reported by Ukrinform, on Kherson region the policemen are clearing the de-occupied territories and villages on the front line of unexploded shells and other explosive objects, the policemen have seized more than 1500 ammunition.