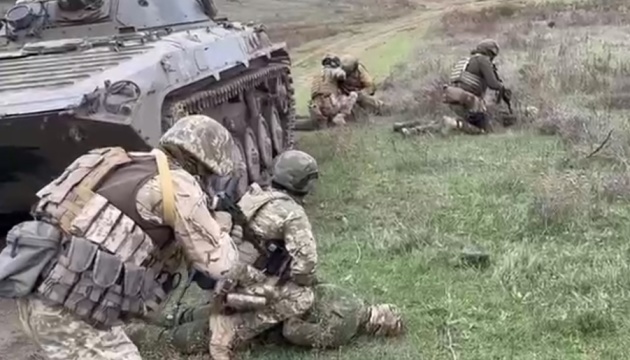 The head of Mykolayiv OVA Vitaly Kim released a video in which Russian soldiers arrive in an infantry fighting vehicle and surrender to Ukrainian soldiers.

The video was also posted on the Telegram channel “Mykolaiv Vanyok“, reports Ukrinform.

The published video shows the arrival of the occupiers on BMP to the place of surrender. For identification, the Russians marked their equipment with a white flag. After that, they left the BMP and surrendered to the Armed Forces.

Read also: In Mykolaiv Oblast, the Russians sold trophy armored vehicles to the Armed Forces of Ukraine for the first time – Kim

As reported, back in the spring, Ukraine introduced a special program for the Russian military, under which they can surrender and sell equipment and weapons.