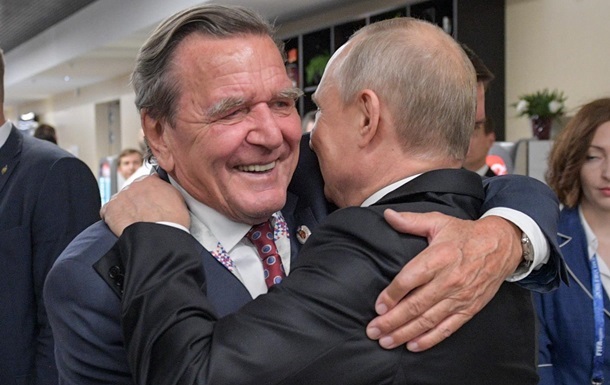 German journalists voiced the most famous local politicians who promote the interests of the Russian company.

List of politicians, activists and advocacy organizations Gazprom in Germany, published by Correktiv investigative journalism bureau. About this reports DW.

The list includes the most famous lobbyist of the Russian state company, ex-leader of the German Social Democrats and ex-Chancellor of the Federal Republic of Germany Herhard Schroeder.

In addition to him, the list includes the former Minister of Economy of the Federal Republic of Germany, Social Democrat Sigmar Gabriel. Journalists assure that he was one of those who in 2015 “was responsible for the transfer of German gas storage facilities to Russian hands.”

The current prime minister of the federal state of Saxony, Christian Democrat Michael Kretschmer, also made it to the list. He spoke out against the sanctions introduced after the annexation of Crimea and demanded peace negotiations with Russia.

Interest lobbyists Gazprom in Saxony, the top managers of the energy company VNG, which imported gas from the USSR and continued to import from Russia after its collapse, are listed.

A lobbyist Gazprom representatives of the ruling Social Democratic Party and the Prime Minister of the country, Manuel Schwezig, were also named. In 2018, she was awarded in Berlin in the presence of Russian Foreign Minister Lavrov for the development of cooperation between Mecklenburg-Western Pomerania and the Leningrad Region.