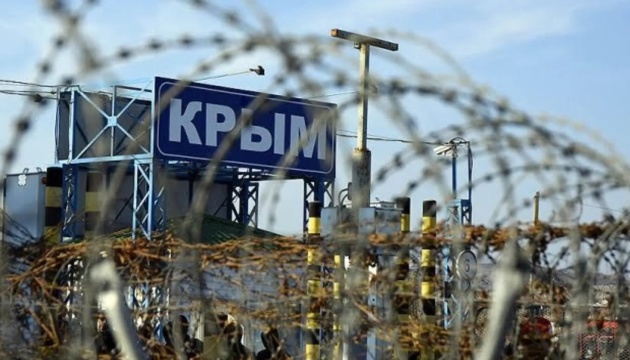 The Mejlis of the Crimean Tatar people called on all residents of the temporarily occupied Crimea to start an open-ended protest against the illegal mobilization of the Russian army in the central square of Simferopol.

As reported by Ukrinform, the corresponding address of the presidium of the Mejlis of the Crimean Tatar people was placed in Facebook Chairman of the Mejlis Refat Chubarov.

The appeal emphasizes that the Russian occupation administration’s forced mobilization of residents of the temporarily occupied Crimea into the army of the occupying state is a gross violation of the Geneva Convention of August 12, 1949 on the Protection of the Civilian Population in Time of War, Article 51 of which states: “The occupying State shall not may compel persons under its care to serve in its armed or auxiliary forces. Any pressure or propaganda in favor of voluntary entry into the army is prohibited.”

In addition, the appeal states that the criminal nature of the mobilization actions of the Russian authorities in Crimea is exacerbated by the fact that all residents of Crimea, who permanently lived on the peninsula as of February 27, 2014, despite their forced passporting, are citizens of Ukraine. The mass mobilization of the residents of Crimea, which began on September 21, 2022 throughout the entire territory of the peninsula, shows that the occupiers even before that, in a hidden form, carried out measures to force Crimeans to serve in the army of the Russian Federation.

An analysis of data on the mobilization of Crimean residents during September 22 shows that Crimean Tatars predominate in the lists of those mobilized. This, as noted by the presidium of the Mejlis, indicates an intention to purposefully destroy the adult male population of the indigenous Crimean Tatar people.

In addition, as the Crimeans informed the representatives of the Mejlis, the invaders are acting in an openly rude, violent and degrading manner, carrying out mobilization measures.

In this regard, the Mejlis of the Crimean Tatar people calls on all residents of Crimea – citizens of Ukraine to oppose illegal and criminal mobilization into the armed forces of the Russian Federation.

“We call on all residents of the temporarily occupied Crimea to start an open-ended protest against the illegal and criminal mobilization of the residents of Crimea – citizens of Ukraine into the armed forces of the Russian Federation on the Central Square of the city of Simferopol on the following days and times: weekends (Saturday, Sunday) – at 12:00 p.m.; – working days – at 5:00 p.m.,” the statement reads.

IN Mejlisi noted that they proceed from the fact that none of the residents of Crimea can and should not become complicit in the international crime committed by the Russian invaders who seized Crimea.