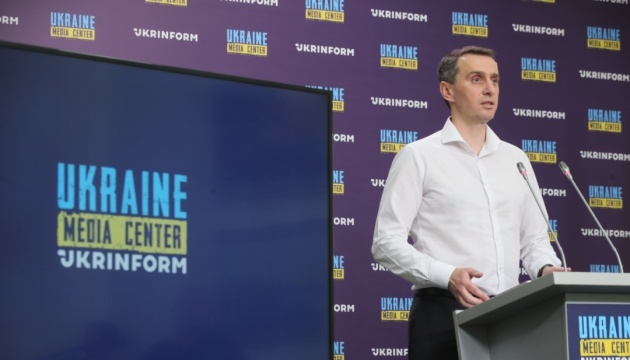 The Ministry of Health (MoH) coordinates work on the restoration of medical care in the de-occupied Kharkiv region.

As reported Ministry of HealthHealth Minister Viktor Lyashko said this during a meeting with representatives of the WHO European Regional Office, Doctors Without Borders, the International Committee of the Red Cross and Samaritan’s Bags, reports Ukrinform.

“Today, we would like to coordinate our joint actions in the work in the de-occupied territories, in particular in the Kharkiv region, in order to bring the necessary medical care as quickly and qualitatively as possible to everyone who lives in this territory. We already know part of the need and the state of destruction caused by Russian terrorists, so we have started deliveries of priority groups of medicines and consumables. With the support of partners and volunteers, part of what is needed has already gone to the specified regions, but coordination is very important here to supply what is really needed in this particular period of time and is in short supply on the ground,” said Lyashko.

In particular, the parties discussed the organization of medical assistance to the population in the de-occupied territories, provision of medicines and the deployment of mobile hospitals.

The head of the Ministry of Health noted that immediately after the liberation of the territories of the Kharkiv region temporarily captured by the Armed Forces of Ukraine, the specialists of the ministry began a “medical reconnaissance” – a study of the territory regarding the needs of medical services among the population.

Read also: Kraken special unit of GUR helps with the delivery of rubber aid to Balaklia

According to its results, it was established that in each territorial community, medical institutions have significant damage, some are almost completely destroyed. In particular, the premises of the hospital were mined and destroyed in Balakliya TG, the equipment was destroyed and looted by Russian troops. In addition, there is no electricity, water and heat supply in the community, and there are also problems with mobile communication and access to the Internet.

The difficult situation with access to medical care is also in Izyum. In fact, the hospital has critical damage and cannot fully function.

Read also: The World Bank has confirmed its readiness to continue cooperation with Ukraine in the medical field

The minister noted that, in general, every community in the liberated territories has problems with access to medical care, in some places this access is covered only by the forces of emergency medical care and disaster medicine teams. Therefore, the deployment of the mobile hospital, which has already begun, will receive tangible support from international partners.

As reported, during almost 7 months of full-scale war, the invaders damaged 199 medical institutions in Kharkiv region and completely destroyed another 19 without the possibility of further restoration.