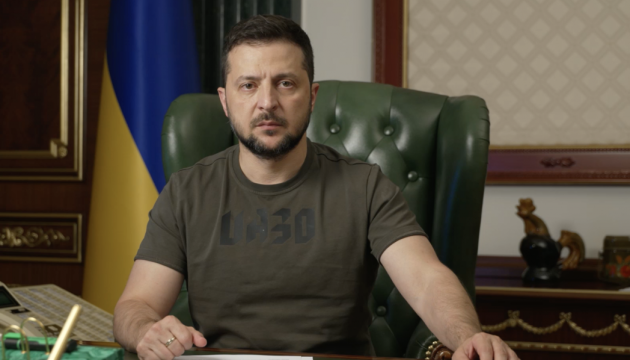 President Volodymyr Zelenskyy called on residents of the temporarily occupied territories to avoid mobilizing into the ranks of the Russian army.

He noted this in his video messages on Friday, September 23, reports Ukrinform.

“I have a simple request to all our people who are in the temporarily occupied territories: do the main thing – save your lives and help us weaken and destroy the occupiers. Hide from Russian mobilization in any way. Avoid summonses. Try to leave for free territory of Ukraine,” he said.

Read also: Replenishment and new formations: the General Staff of the Armed Forces spoke about the stages of mobilization in Russia

In the case of falling into the Russian army, the president called for sabotaging any enemy activity, interfering with Russian operations, as well as providing the Ukrainian side with important information about the occupiers.

“Since the beginning of active actions in the East of our country in September, about 9 thousand square kilometers of territory, about 400 settlements have already been liberated. This tangible result was achieved thanks to the fact that our people in the temporarily occupied territory help us. Please do everything to increase the number of such assistance,” Zelensky said.

Read also: Ukraine has developed an action algorithm for the Crimeans, whom the Russian Federation can mobilize

As Ukrinform reported, Russian President Vladimir Putin announced in a video message that he had signed a decree on partial mobilization. Measures to implement the decree began on September 21, and Russian Defense Minister Serhiy Shoigu announced that 300,000 reservists would be called up as part of the partial mobilization.