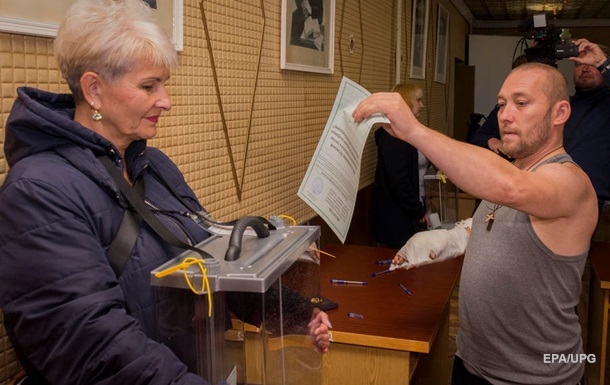 “Referendums” are held in the occupied territories, but it is not possible to create even the appearance of a will.

In the occupied territories of Donetsk, Luhansk, Zaporizhzhya and Kherson regions of Ukraine, Russia began its attempt to hold a cheap imitation of “referendums” on “joining the Russian Federation”. At the same time, the occupiers do not fully control any of the regions.

There is not even a shadow of legitimacy in the action initiated by the Russians. Instead, there is a mass of troops imported from Crimea and the Russian Federation, collaborators and armed soldiers of the occupiers’ army, who go to the houses of Ukrainians and force them to “vote”.

The results of the illegal “referendums” on the accession of the occupied regions of Ukraine to the Russian Federation will not be recognized, and the response to their holding will be new sanctions, the ministers of foreign affairs of the G7 countries and the European Union said.

“Any “referendums” in no way affect the actions planned by our General Staff and the Supreme Commander-in-Chief to unblock the Ukrainian territories… Our counteroffensive is not over yet. We still have key directions: Southern, Zaporizhzhia. An extremely important, symbolic direction – Luhansk-Don … In general, I believe that in order to bring the end of the war as close as possible, the fall of Donetsk and Luhansk is necessary. As soon as any of these cities comes under the control of Ukraine, we will be able to tell very clearly by calendar when the war will end with our total victory”, – says the adviser to the head of the VP Mykhailo Podolyak.

The Security Service of Ukraine, together with the Prosecutor General’s Office, identified more than 4,000 people involved in the organization of pseudo-referendums in the temporarily occupied territories of Ukraine.

“More than 4,000 representatives of enemy groups, traitors and collaborators who are planned to be involved in the organization of illegal plebiscites in Luhansk, Donetsk, Kherson and Zaporizhia regions have been identified,” the SBU said in a statement.

Among them are the Russian security forces, their manuals on the local “Ministry of Internal Affairs” educated by the occupiers, and the heads of the so-called “territorial election commissions”.

According to the SBU, the “protection” of pseudo-voting should be provided by units of the Russian Guard and the military police of the Russian Armed Forces. Collaborators from the occupation administrations and private security structures controlled by the special services of the Russian Federation were also sent to “help” them.

It is reported that law enforcement officers have collected reference data on all the organizers of illegal activities, established their places of stay and movement routes, and also documented criminal activities.

For all these facts, criminal proceedings have been initiated under Part 2 of Art. 28, Part 5 of Art. 111-1 (collaborative activity) and Part 2 of Art. 110 (encroachment on the territorial integrity and inviolability of Ukraine) of the Criminal Code.