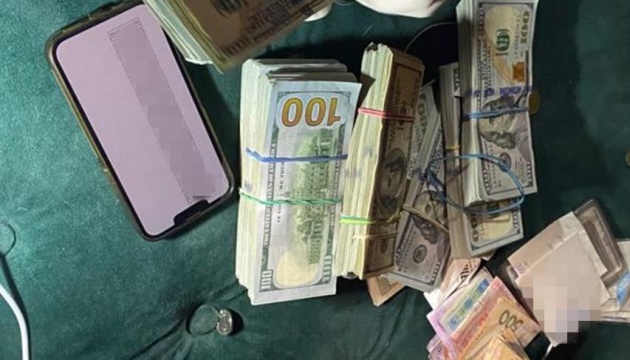 The Security Service of Ukraine exposed high-ranking customs officials who blocked the export of Ukrainian grain to the European Union.

As reported by Ukrinform, the SBU reported this to Telegram.

As a result of investigative and operational actions on Kyiv, Lviv and Chernivtsi streets customs the corruption scheme has been blocked. The management of these regional customs offices organized the mechanism of illegal receipt of money for registration of export-import operations.

Also, the members of the criminal mechanism demanded money from entrepreneurs who imported foreign goods of general use to Ukraine for further sale in trade networks.

Every day, the organizers of the scheme received profits in the hundreds of thousands of hryvnias.

In case of refusal to pay money, they created artificial obstacles during customs procedures and made bureaucratic refusals to transport products.

“The fact of money extortion by the deputy head of the “Specialized” customs post in the capital region has been documented. Among other things, he demanded funds from a businessman who, since the beginning of the full-scale invasion, joined the Armed Forces and is participating in combat operations. So, in order for his company to work, he had to take a few days off to pay the bribe,” the message reads.

SBU employees detained the official while receiving the entire amount of illegal benefits.

The issue of reporting suspicion to him and other members of the organization is being resolved.

Law enforcement officers searched the places of residence and work of the deputy chief of the Chernivtsi customs office, as well as officials of the Horodok customs post in the Lviv region.

Read also: SBU exposed an employee of a defense plant who was correcting enemy strikes on Zaporozhye

Within the framework of criminal proceedings under Part 3 of Art. 368 (acceptance of an offer, promise or receipt of an illegal benefit by an official) of the Criminal Code of Ukraine, a pre-trial investigation is underway to establish all the circumstances of the offenses and bring the guilty to justice.

As reported by Ukrinform, in August the SBU identified traitors who helped the Russian Federation steal more than 650,000 tons of Ukrainian grain from the temporarily captured territories of the Kherson and Zaporizhzhia regions.