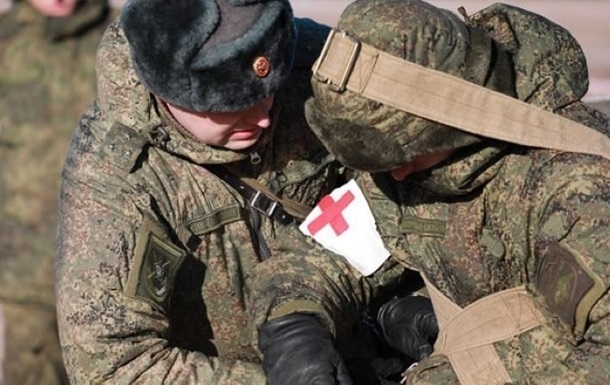 More than 600 wounded Russians were brought to Luhansk

The enemy is suffering serious losses in the region and is mobilizing Ukrainians deported to the Russian Federation, including prisoners.

The sports arena in Luhansk is crowded with wounded Russians, and deported Ukrainians are being mobilized in the Russian Federation. About it on January 25 reported in the Luhansk Regional Military Administration.

“After the Ice Palace destroyed by the occupiers, the largest indoor sports arena in the region, located in Luhansk, is overflowing with wounded Russians – they are trying to save more than 600 fighters there,” OVA clarified.

It is noted that the occupiers have tried many times to deny the facts of forced mobilization in the Luhansk region, but they themselves report that many university teachers remain at the front, 17 of whom have the scientific degrees of candidates and doctors of science.

In addition, men deported from temporarily occupied territories are being mobilized on the territory of Russia.

“This is one of the reasons for the Russian government’s decision to issue passports based on their place of residence. In addition, Russia is recruiting imprisoned Ukrainian citizens who were forcibly taken to Russian prisons,” the administration said.

Earlier it was reported that hospitals in Luhansk region are filled with wounded Russians. The occupiers continue to use civilian medical facilities to treat soldiers and mercenaries.