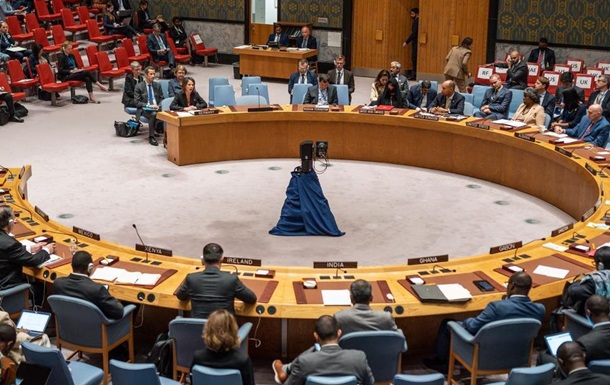 Meeting of the UN Security Council

At the meeting of the UN Security Council, the countries of the European Union and the United States condemned the war in Ukraine, China called for negotiations without preconditions, and the head of the Ministry of Foreign Affairs of the Russian Federation Serhiy Lavrov appeared in the hall only for the time of his speech.

UN Secretary General António Guterres and foreign ministers of a number of countries called for an investigation into war crimes committed by Russia in the war against Ukraine at the UN Security Council meeting held on Thursday, September 22, in New York. According to Guterres, “the war unleashed by Vladimir Putin is moving further and further away from any prospect of peace towards an endless cycle of horrors and bloodshed.” The UN Secretary General called Putin’s nuclear weapons threats unacceptable.

In addition, Antonio Guterres said that the reports coming from the occupied territories “represent a ‘catalogue’ of atrocities that include executions, sexual violence, torture and other inhumane treatment of civilians and prisoners of war”. The victims and their families have the right to a trial and compensation, Guterres said. His position was supported by the ministers of foreign affairs of the European Union, Mexico, Albania and Ireland.

The actions of the Russian authorities were also openly condemned US Secretary of State Anthony Blinken and the head of the German Foreign Ministry Annalena Berbock. Putin’s actions demonstrate his open contempt for the UN itself, and he “shouldn’t get away” with the fact that the events in Ukraine are destroying the international order that the UN is supposed to protect, Blinken said. “Tell President Putin that he should stop putting his own interests above the interests of the whole world, including his own people,” the American newspaper The Washington Post quoted Blinken as saying to the Russian delegation.

In her turn, Burbok addressed the Russian Federation in general. “I urge Russia: you will not win this war, so stop it. Stop the suffering, stop sending your citizens to die. Stop your bogus ‘referendums’ – they are as illegal as this war,” she said.


China advocated the preservation of territorial integrity of countries

The foreign ministers of India and China, who were present at the meeting, although they did not condemn Russia openly, called for an immediate cessation of hostilities and the resumption of negotiations between the countries.

At the same time, the head of the Ministry of Foreign Affairs of the People’s Republic of China, Wang Yi, added that the negotiations should take place “without preconditions”. Previously, the Kremlin has repeatedly demanded that before resuming the dialogue, Ukraine should accept the terms put forward by Moscow, which Kyiv regarded as an ultimatum.

Wang Yi also said: “It is necessary to respect the sovereignty and territorial integrity of all countries, and take seriously the reasonable considerations of the security of all countries.” In the past, the Chinese minister has already told his Russian counterpart, Sergey Lavrov, that Beijing supports the settlement of the war through diplomacy.


To Kulebi, Lavrov’s behavior reminded him of the escape of Russian soldiers

Lavrov attended the meeting only for his own speech, during which he called Ukraine a “totalitarian Nazi state” and declared that Russia’s war against it was “inevitable.” After the performance, he left the hall.

Minister of Foreign Affairs of Ukraine Dmytro Kuleba reacted to Lavrov’s departure with an ironic remark: “I noticed that Russian diplomats are fleeing just like Russian soldiers.”

Russian representatives have demonstratively left meeting halls of international organizations and sabotaged events. During the G20 summit in July, Sergey Lavrov refused to listen to the speeches of colleagues from other countries and to communicate with German journalists. Representatives of the Russian Foreign Ministry behaved similarly in New York at the end of August at the Nuclear Non-Proliferation Treaty conference: delegates from Russia refused to sign the final document of the meeting for several weeks.

Also in New York, the Minister of Foreign Affairs of Australia Penny Wong met with her Chinese colleague Wang Yi. At it, Wong, in particular, called on China, as one of the five permanent members of the UN Security Council, to use its influence to end Russia’s war against Ukraine.

“China is a great power… We call on China as a member of the UN Security Council with a special responsibility to uphold the UN Charter to use its influence to end the war,” Reuters quoted Wong as saying.

She emphasized that Russia’s invasion of Ukraine was illegal, and President Vladimir Putin’s threat to use nuclear weapons was “unthinkable and irresponsible.”