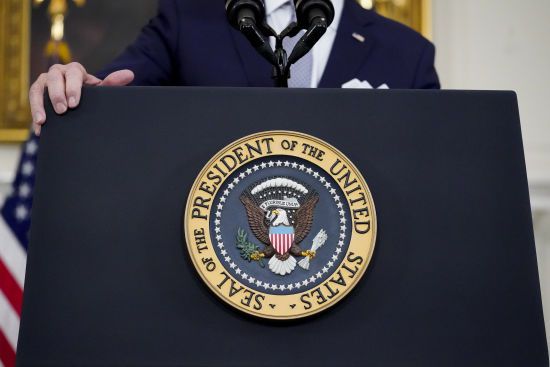 The United States and other G7 member countries issued a joint statement on Friday that they will never recognize the Russian Federation’s claims to the sovereign territories of Ukraine.

The USA, together with other countries, is ready to implement operational steps that will lead to severe consequences for the Russian economy, if it starts implementing the scenario of annexing the occupied territories of Ukraine, where pseudo-referendums are currently being held.

“We are ready to impose additional swift and severe economic consequences on Russia – along with our allies and partners – in response to these actions, if they (the Russians – ed.) go ahead with the annexation,” said a representative of the Biden administration.

She reminded that the United States and other G7 member countries on Friday issued a joint statement that they will never recognize the Russian Federation’s claims to the sovereign territories of Ukraine, nor will they recognize any results of fake referendums.

According to her, during his speech at the UN this week, President Biden called these pseudo-referendums a brazen violation of international law, as well as a disregard for the principles of sovereignty and territorial integrity that underlie the UN Charter.

She also commented on the situation surrounding the mobilization campaign in Russia.

“What we see in Russia, especially in terms of protests, as well as how Russians are fleeing their country, means that this war is unpopular among the people,” Karin Jean-Pierre noted.

She also emphasized that Putin’s current actions should be seen as a demonstration of weakness, not a strong position of his regime, and this is confirmed by the reaction of the people.

We remind you that the high-level meetings are in New York taking place against the background of another escalation, provoked by Putin’s statements about pseudo-referendums and mobilization. This did not prevent his minister Lavrov from coming to New York.