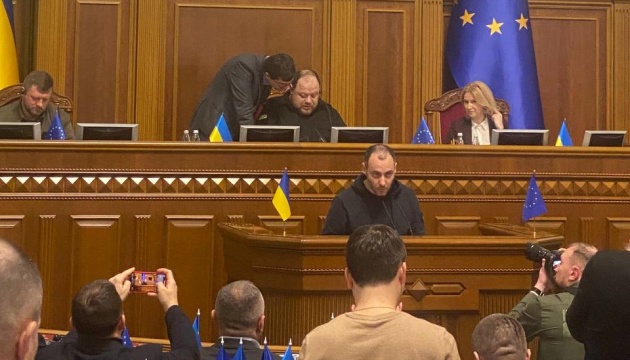 According to him, 242 deputies supported Kubrakov’s dismissal.

As reported by Ukrinform, on November 30 to the Verkhovna Rada Oleksandr Kubrakov’s application for dismissal was received from the post of Minister of Infrastructure, which he held since May 20, 2021.

Before that, Kubrakov headed the State Agency of Motor Roads (Ukravtodor).

Previously, he worked in marketing during 2004-2011, in particular at the companies “Priocom”, “Kyivstar” and “Finance and Credit”. In different years, he held the positions of the mayor’s adviser in the KMDA, the head of the project office of the Ministry of Justice of Ukraine, the head of the telecommunications and IT sector in the Office of Effective Regulation.