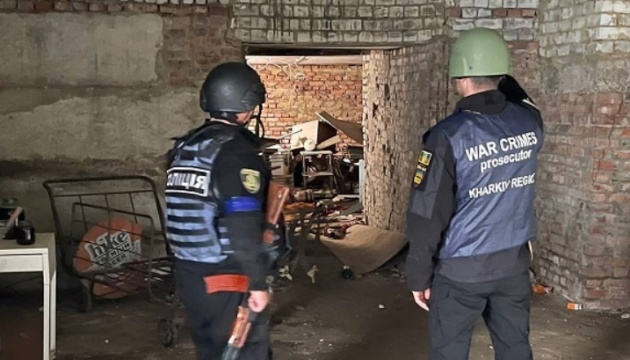 After the discovery of a torture chamber in the liberated village of Pisky-Radkivskii in Kharkiv region, Verkhovna Rada Commissioner for Human Rights Dmytro Lubinets called on the international community to establish a tribunal for war criminals.

As reported by Ukrinform, Lubinets wrote about this in Telegram.

He recalled that the National Police recorded new crimes: people were buried alive and dug up from the ground, gas masks were used with a smoldering rag. In addition, the police found a large box with torn dentures, wires with ropes and a letter with an interview of one of the men who was there.

“Removing dentures is an old method that Russians have used for a long time. There is a recorded fact in the document of the NKVD, which is dated 1941. “3 gold dentures from dead prisoners are subject to removal.” The same “torture method” is used by the Russian military today. All these horrors endured by our people,” Lubinets emphasized.

Read also: In the torture chamber of the liberated village, investigators found a box with torn dentures

According to him, the only salvation from the torture of Ukrainians is the liberation of Ukrainian lands from the military of the Russian Federation.

“So I once again call on the international community to pay attention to how the Russians violate human rights. The tribunal relatively war crimes of the military and political leadership of Russia should not be a theoretical possibility, but should become a goal to which we are heading together with our partners,” Lubinets emphasized.

Read also: Zelensky invited the Constitutional Council of France to negotiations on a special tribunal regarding Russian aggression

As reported by Ukrinform, on September 3, law enforcement officers discovered a torture chamber in the village of Pisky-Radkivski, Kharkiv Region, liberated from the army of the Russian Federation, and the Russians had set it up in a cellar.

Investigators in the torture chamber found a box with broken dentures and other tools of abuse.