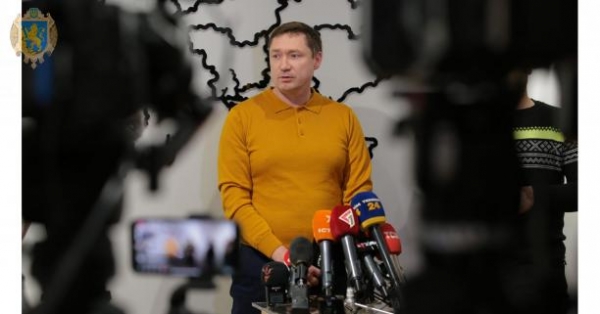 The network has received many reports of incursions by enemy sabotage groups and landings in Brody. According to the head of the Lviv Regional Military Administration Maksym Kozytskyi, this information was not confirmed.

There was no landing in Brody. This is also stated in the official statement of the SBU in Lviv region. Our military units organize flights as part of a military operation.

“We ask all politicians, deputies, mayors not to spread fake information and to check all the news clearly before sowing panic. Indeed, now similar information is available on the military unit in Stryi. It is also studied and checked in detail. Until the confirmation or refutation of the official sources of the message, I ask the media not to spread anything that could cause chaos in society, “- said Maxim Kozytsky.

Active assistance to both internally displaced persons and the army of Ukrainian defenders continues in Ukraine and, in particular, in the Lviv region.

“As of now, more than 2 million hryvnias have been collected for the needs of migrants. More than 2,000 people have already been resettled. Another 37,000 places in the Lviv region are ready to accommodate internally displaced persons from other regions of Ukraine. We are ready to help in every possible way, we call on the people of Lviv and the region to do the same, “said the head of the Lviv region.

Read also: Cereals, clothing and hygiene products: residents of the region came together to collect humanitarian aid to migrants (photo).

It will be recalled that headquarters have been set up in Lviv and all districts of the region to collect necessary items for IDPs. The LODA press service wrote earlier about what needs to be collected and who can be contacted for additional information. Read more here.

“Territorial defense units are being formed in the region. In recent days, the number of applicants has increased several times. There are queues near the district staffing centers. It is important that weapons are not given to everyone at the moment. They do it in an organized way. Then the reservists are waiting for a signal from the Troop Headquarters, “said the head of the Lviv Regional Military Administration.

Important: In the Lviv region, the number of people willing to join the territorial defense force has increased (photo).

In Lviv and the region, marks, beacons, and paint marks are more often noticed – everything that the enemy uses. Currently, the police, the Security Service of Ukraine and ordinary citizens are working to neutralize them. Request to the population: also fix the enemy’s marks, report this to the 102 service, if possible – destroy.

Please note: Signs on the roads from the occupiers and how to recognize the saboteur: what to do to citizens.