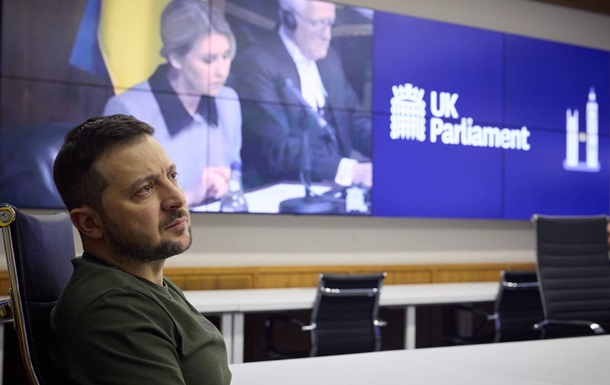 Britain already has a similar experience, because it was in London in the winter of 1942 that the St. James Declaration was signed – the document that started the path to the Nuremberg Tribunal.

Ukrainian First Lady Olena Zelenska has called on Great Britain to lead efforts to establish a special tribunal to punish Russia for war crimes. This was reported on Tuesday, November 29 by appeals President of Ukraine Volodymyr Zelenskyi.

He noted that it is for this purpose that his wife is visiting the United Kingdom.

“On behalf of all Ukrainian men and women who suffered from Russian aggression, she called on Great Britain to become the leader of global efforts to create a special tribunal for the crime of Russian aggression against Ukraine,” Zelenskyy said.

The President emphasized that Britain already has a similar experience, because it was in London in the winter of 1942 that the St. James Declaration was signed – “the document that started the path to the Nuremberg Tribunal.”

At the same time, the president stated that without the creation of a special tribunal, the existing international legal instruments are not enough to hold Russia’s top political and military leadership accountable for the crime of aggression against Ukraine.

According to him, several new steps have already been taken to restore justice to Ukraine and bring to justice all those responsible for this criminal war.

“We are already cooperating with many countries and international organizations so that every Russian murderer receives the well-deserved punishment. We have already established cooperation with the International Criminal Court and will increase it,” he said.

The president said that Ukraine has “strong cooperation” with the Netherlands, which helps with the creation of the Prosecutor’s Office to collect evidence of war crimes, and Ukraine also cooperates with France, which helps in field work documenting Russian crimes.

“And we must unite the world majority in support of the draft resolution of the UN General Assembly on the special tribunal. We must develop the necessary legal architecture for the tribunal to work. We must fully implement this point of our peace formula and really ensure justice after this war as well as after of the Second World War. I believe that Great Britain will show its leadership precisely in this struggle for justice,” he emphasized.

We will remind you that Ukraine intends to to open a temporary prosecutor’s office in one of the countries of the European Union as part of the strategy for international criminal prosecution and unification of evidence of war crimes committed by Russia.

It should be noted that the European Parliament approved the resolution on recognizing Russia as a sponsor of terrorism and the state that uses the means of terrorism. During the voting, the document was supported by the absolute majority of MEPs.