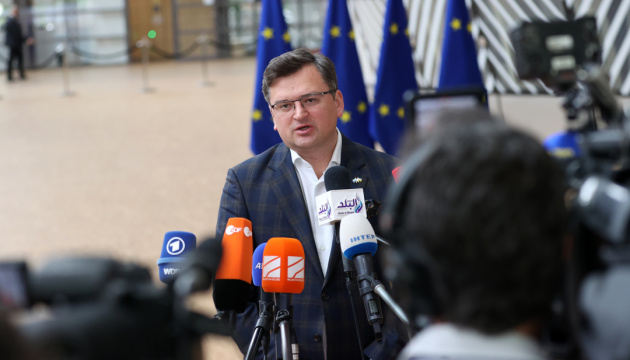 If Russia complies with its obligations to ensure the “grain corridor”, Ukraine will continue to guarantee the stability of food exports to the Middle East, Africa and Asia.

“The arrival of the first ship with Ukrainian grain to the Turkish port is a signal of hope for every family in the Middle East, Africa and Asia: Ukraine will not leave you. We have always been, are and will be a reliable supplier of agricultural products. Unlike Russia, we do not play the “Hunger Games”, – noted the head of Ukrainian diplomacy.

“If it complies with its obligations, Ukrainian food exports will continue to guarantee stability for our Middle Eastern, African and Asian friends,” the head of the Foreign Ministry assured.

Read also: In the evening, four ships with Ukrainian food will arrive in Istanbul

As reported by Ukrinform, the Polarnet dry cargo with 12,000 tons of corn on board, which left the Ukrainian port of Chornomorsk on August 5, arrived in the Turkish port of Derince.

August 7 from the ports of Odesa and Chornomorsk the second caravan with Ukrainian food left – three ships from Chornomorsk and one more from Odesa.