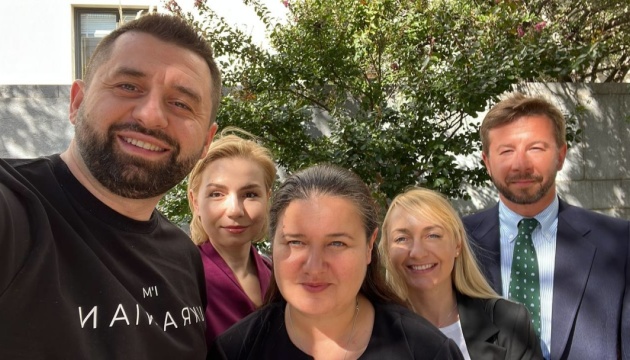 The Ukrainian delegation is to meet with representatives of the United States authorities.

This was announced by the head of the “Servant of the People” faction in the Verkhovna Rada of Ukraine, Davyd Arakhamiya Telegramreports Ukrinform.

He noted that the delegation of Ukraine is working on the expansion of aid programs. In particular, the Ukrainian side will have meetings with representatives of the White House and the US State Department.

Read also: The US Congress presented a draft resolution for $12.3 billion in aid to Ukraine – Arahamia

Also, according to him, a meeting with influential congressmen and the Ukraine Support Group in the US Senate (Senate Ukraine Caucus) is planned.

It was reported that the US Congress presented a draft resolution according to which $7.8 billion from the package of aid to Ukraine is earmarked for defense, and $4.5 billion for direct budget support.