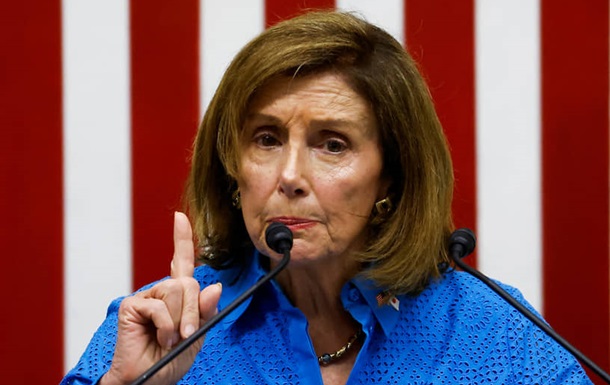 Speaker of the US House of Representatives Nancy Pelosi

Western publications assure that yesterday’s step of the Ukrainian government was unexpected for the White House.

The application for the accelerated accession of Ukraine to NATO came as a surprise to the administration of US President Joseph Biden. About this reports Politico, citing two US officials familiar with the internal discussions.

“Ukraine’s statement that it seeks accelerated accession to NATO came as a surprise to the Biden administration,” the report says.

Speaker of the US House of Representatives Nancy Pelosi did not support Ukraine’s request for accelerated accession to NATO a few hours after President Volodymyr Zelenskyi made a corresponding statement, the publication noted.

Pelosi refused to clearly approve Ukraine’s application to join NATO in response to a relevant media question. However, she said she supports a “security guarantee” for Ukraine.

“We are very committed to democracy in Ukraine. Let’s win this war. But I would be in favor of Ukraine having security guarantees,” she said.

It will be recalled that Zelenskyi announced on Friday, September 30, that Ukraine apply for admission in an expedited manner to NATO

In addition, the White House considers: the issue of Ukraine’s membership in the North Atlantic Alliance should be decided at “another time”.