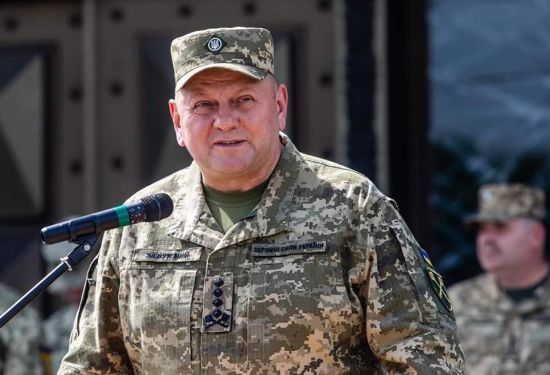 Zaluzhny, who was on the cover of the weekly TIME magazine, is preparing for a long and bloody battle.

Ukraine’s victory in the war with Russia “will not be final”, but will give an opportunity to catch a breath and prepare for the next war.

About this in an interview with the American TIME said the Commander-in-Chief of the Armed Forces of Ukraine, General Valery Zaluzhnyi, whose photo is published placed on the main page of the issue.

According to journalists, Zaluzhnyi is preparing for a long and bloody battle.

“Given what I know firsthand about the Russians, our victory will not be final,” he told TIME. “Our victory will be an opportunity to catch our breath and prepare for the next war.”

The chairman of the US Joint Chiefs of Staff, General Mark Milley, Zaluzhny’s American counterpart, was amazed when he saw that the Ukrainians were holding their ground in the face of a large-scale Russian offensive. Milley asked Zaluzhny if he planned to evacuate to a safer place.

TIME emphasizes that the commander-in-chief of the Armed Forces belonged to a corps of Ukrainian officers who viewed a full-scale Russian invasion as a matter of time. Within weeks of taking office, he began implementing key changes. Officers were given the right to return fire “with any available weapon” if they came under attack, without the permission of higher command.

“We needed to discourage their desire to attack,” says Zaluzhny. “We also needed to show our teeth.”

The commander-in-chief of the Armed Forces admitted to journalists that he was also surprised by Russia’s mistakes. When the enemy encountered strong resistance or lost the ability to resupply, he did not retreat or switch to another approach.

“They just drove their soldiers to the slaughterhouse,” said Zaluzhnyi. “They chose the script that suited me best.”

Earlier, Valery Zaluzhnyi commented on the mobilization in Russia and stated that Ukrainians will destroy everyone who comes to our land with weapons – whether voluntarily or by mobilization.