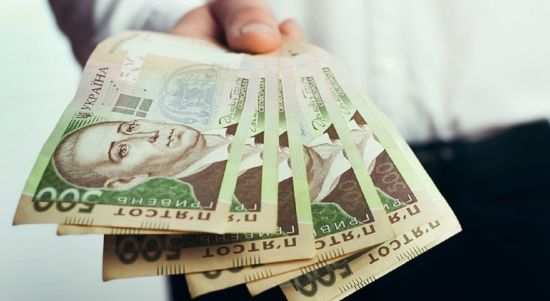 The government plans to raise pensions at least twice this year – in October for a separate category of pensioners and in December, when the living wage will increase.

Since the beginning of the year, the average pension in Ukraine has already increased by almost 400 hryvnias. And even despite the war, it was possible to pay it without significant delays, it is said in TSN.

Olga Ivanivna went to Bukovyna by evacuation train from Donetsk region at the beginning of the war. Currently lives in a shelter for displaced persons. She says that she is very satisfied with both the attitude and the conditions, although she was worried before the trip. Pension was the only source of income. She did not know whether she would be paid in time for the war at her new place of residence. But, admittedly, there were no problems.

“I didn’t go anywhere, my pension came every day. Everyone was worried, pensioners from all regions live here, but everyone receives, no one complained that someone did not have a pension,” says the woman.

All emigrants who received money for a card before the war will receive it in the same way, the Ministry of Social Policy says. And this also applies to those who are currently under occupation. The changes are only for those who received pensions physically – at Ukrposhta branches. Such people, they say, should come to the nearest branch and change the place of issue, or transfer payments to the card. Currently, such an opportunity exists in every part of Ukraine. Those who remained in the war zone are advised, if possible, to go to another area and receive money there, or reissue payments to the card. The situation is somewhat more complicated with those who are currently in the occupied territories, but there is also an opportunity to receive payments.

“The easiest way is to open a card in one of the Ukrainian banks. A number of banks provide such an opportunity – “Privatbank”, “Monobank”. The pension fund works in a mode where a person can inform about a change in details for payment”, – notes Deputy Minister of Social Policy of Ukraine Vitaly Muzychenko.

Only last month, up to 10,000 people did it. THOSE who for some reason could not do this, may not worry. Their funds will be kept in the accounts until the person changes the payment method.

“These funds are waiting for people. Yes, we as authorities are not able to perform this function in the occupied territory. But people have the opportunity to access these funds if they move to the controlled territory,” the pension fund says.

The situation is identical with social pensions – for disability, due to the loss of a breadwinner. The Ministry of Social Policy says that during the war, such pensions were automatically extended even for those who had to confirm their disability every year.

Alyona is also an immigrant, her son has cerebral palsy, the woman also receives a pension from the state. He says there were no problems with re-registration. “It was calculated automatically, we knew that we had these payments until the age of 18,” she says.

The pension fund claims that there are more than 10 and a half million pensioners in the state. Moreover, the subsistence minimum has increased since July 1. As a result, the average pension increased by almost 400 hryvnias. Also, several more recalculations are planned for this year – from October, the minimum salary will change, which will also affect some payments.

“And from December 1, we will have the same growth as from July 1, because the living wage will increase. In addition, starting from October 1, we have provided for transfers to persons who have reached the age of 70,” the pension fund says.

Despite the war, the state will try to fully fulfill all social obligations. As for delays, they say they are possible, but at most they will be short-lived.

In the Mykolaiv Oblast, the enemy destroys villages, but the military forces its equipment to remain forever in the Ukrainian steppes

In the Kharkiv region, the military was destroying the occupiers’ battery when the shelling began: TSN was in the line of fire

The EU’s reaction and the threat of a nuclear disaster for Europe: everything that is known about the occupiers’ shelling of the ZNPP