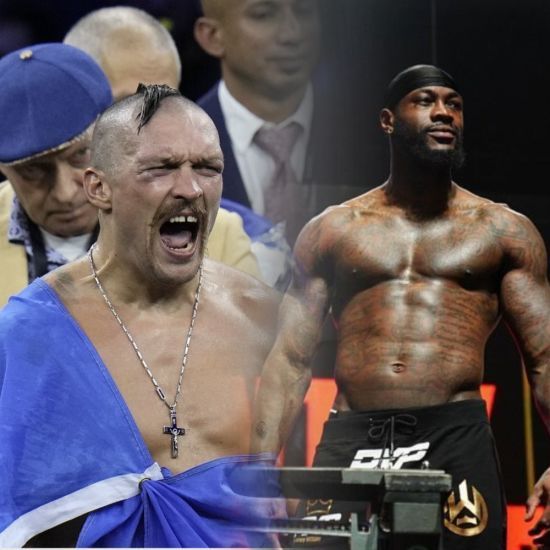 The head of the Top Rank promotion company, Bob Arum, commented on a possible fight between the WBA, WBO, IBF and IBO heavyweight world champion Oleksandr Usyk and the American Deontay Wilder.

The 90-year-old American promoter said that in a potential match between Usyk and Wilder he would bet on his countryman.

At the same time, Arum agreed with the opinion that the Ukrainian can outplay Deontay in every round. However, the promoter considers the knockout power of the “Bronze Bomber” to be decisive in this confrontation.

“Even if Wilder doesn’t win a single round, I wouldn’t wish even the fiercest enemy to fight him, because Deontay showed in the fights with Fury that he is a very tough opponent.

In their third fight, Fury confidently smashed Wilder, when suddenly Deontay knocked Tyson down twice. Of course, then Fury recovered and knocked him out, but Wilder is very underrated.

I think Usyk is too small for Wilder and he certainly doesn’t punch like Deontay does. That’s why I would bet on Wilder in this fight,” – quotes Aruma Boxing News 24.

Previously, Wilder himself talked about the desire to enter the ring with the Ukrainian champion. In turn, Usyk stated that he wants to fight Deontayif Fury refuses the fight for “absolute” and has a match with Joshua.

It should be noted that in the next fight Wilder will meet the Finn Robert Helenius on October 15. Prior to that, the “Bronze Bomber” had lost twice in a row to Fury in fights where the WBC super heavyweight belt was on the line.

“He’s afraid of me”: Usyk mocked Fury and commented on the possible fight of the “Gypsy King” with Joshua

“He will win comfortably and calmly”: Joshua’s promoter assessed Usyk’s chances in the fight with Wilder