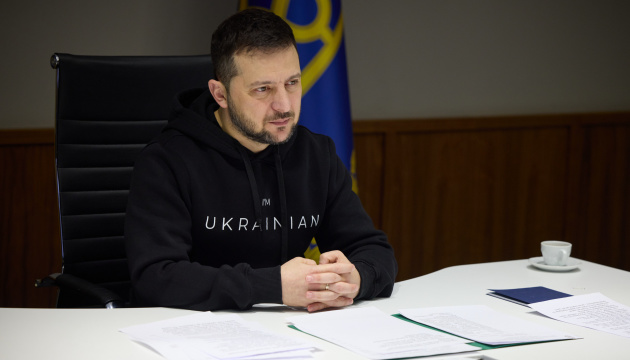 Ukraine is counting on the supply of long-range missiles and aircraft from allies, as well as on expanding cooperation in artillery.

The head of state emphasized that the more defense support Ukrainian heroes at the front receive from the world, the faster Russia’s aggression will end and the more reliable security guarantees for Ukraine and all partners after the war.

“The terrorist state must lose. People’s right to life must be protected. And so it will be,” the President summed up.

Read also: The President: We must form a tank fist of freedom, after the blows of which tyranny will not rise

As reported, Joe Biden officially announced the delivery of 31 American-made M1 Abrams tanks, as well as other equipment to Ukraine.