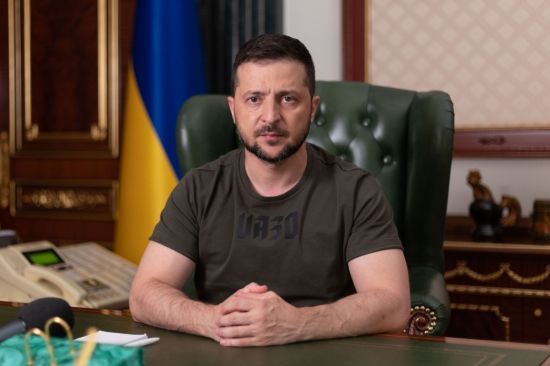 The head of state noted the most meaningful and positive participation of Ukraine in the UN General Assembly for all the years of independence.

He said this in a video message on September 23.

“This week I took part in several important formats communication with investors. Summit under the auspices of Forbes – a gathering of the world’s largest businessmen engaged in charity. Video conference with representatives BlackRock and Goldman Sachs – important global players. Clinton Global Initiative. Each such measure adds attention to Ukraine, adds specific projects and benefits to our state, strengthens our stability, brings our victory closer,” Zelenskyy explained.

He also commented meeting of the first lady of Ukraine Olena Zelenska with the UK premiere of Liz Truss in New York, calling it very substantive. In addition, the wife of the president met with the first lady of France, Brigitte Macron, and together with Prime Minister Denys Shmyhal, she met with UN Secretary-General António Guterres. In total, Zelenska held almost 20 meetings.

“Olena took part in the forum at the invitation of Charles Michel “Women in conflicts”, which took place on the platform of the General Assembly. She presented a special charity fund – the Olena Zelenska Foundation, in order to accumulate even more support for Ukrainians, specifically for the humanitarian direction – primarily education, medicine, and the restoration of what was destroyed by Russian strikes. We create all the necessary institutional basis, so that everyone in the world can help us as efficiently, quickly and reliably as possible,” the president said.

He also informed that Shmyhal held dozens of high-level meetings.

“The accents are clear. The situation at the Zaporizhzhia NPP. Expansion of defense, financial and sanctions support. Support in preparing our country for winter, support in reconstruction. During each meeting, there was an emphasis on the fact that Russian terror must receive a clear global response – military, economic and legal, in particular the recognition of Russia as a state sponsor of terrorism,” the head of state disclosed the details.

There were also meetings of Shmyhal with the heads of the IMF, the World Bank, and other financial and investment majors of the world.

Zelensky reported that Ukraine presented in New York own proposals for security guarantees for yourself, for Europe and the world – a project developed by the Yermak-Rasmussen group.

Simultaneously Kuleba held more than 30 meetings, most of which are with representatives of countries that are not traditional partners of Ukraine. It is about strengthening the position in relations with Africa, Asia, and Latin America.

“Probably, this is the most meaningful and positive Ukraine’s participation in the UN General Assembly for all the years of our independence. The world not only talks about Ukraine, but also realized that by helping Ukraine, it also helps solve urgent global problems and crises. We offer a way to make the world more stable and safer. The world has heard this,” Zelensky emphasized.

He remarked that very much an important event took place on September 23 in Izyum, Kharkiv region. There, representatives of almost 20 diplomatic missions – the Baltic States and Eastern Europe, Germany, France, Spain, Slovenia, Croatia, Denmark, Sweden, Switzerland, Turkey, the EU Ambassador – saw with their own eyes what the Russian occupiers left behind.

“Broken houses, torture chambers, mass burial… The world will know full information about every crime committed by Russia in the temporarily occupied territories,” the president assured.

We will remind, the day before Kuleba spoke at the UN Security Council and said that it is not enough that Ukraine wants peace. Russia needs to prioritize diplomacy over war so that peace has a chance.