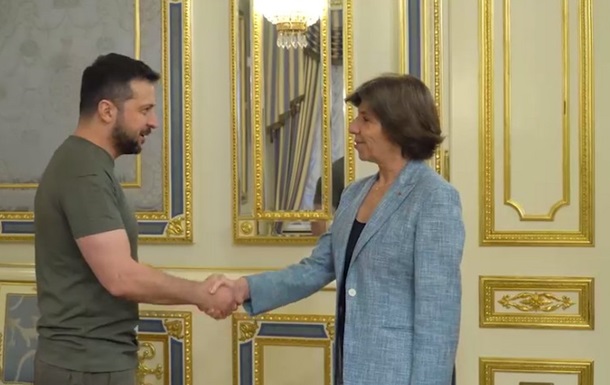 President of Ukraine Volodymyr Zelenskyi met with the head of the Foreign Ministry of France, Catherine Colonnay

Volodymyr Zelenskyi emphasized France’s leadership in granting Ukraine the status of a candidate for joining the European Union.

Zelensky thanked French President Emmanuel Macron for the support of Ukraine expressed during his speech at the 77th session of the UN General Assembly, as well as for his personal efforts in the negotiations regarding the visit of the IAEA mission to the Zaporizhzhia nuclear power plant.

The President emphasized that Ukraine expects the strongest reaction from international partners to the pseudo-referendums held by Russia in the occupied territories.

“We expect both powerful sanctions in the EU’s eighth sanctions package against Russia, as well as separate clear signals about what will happen if the Russian Federation recognizes these artificial “referendums,” the President said.

The President emphasized the importance of strengthening Ukraine’s defense support.

“This is a priority for us today. Progress in restoring our territorial integrity is impossible without modern weapons. Therefore, I would like to separately thank the French government for the help that has been provided all these months,” Zelenskyi said.

In addition, Volodymyr Zelenskyi emphasized France’s leadership in granting Ukraine the status of a candidate for joining the European Union.

“The French people admire the courage of the Ukrainian people. France will stand by Ukraine for as long as it takes,” the minister told Zelenskyi.