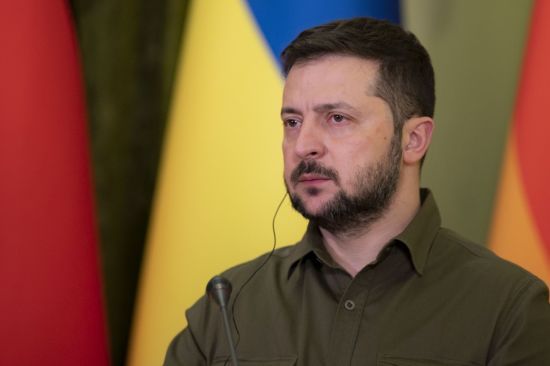 Only in Donetsk region, the Russian occupiers lose hundreds of mobilized and mercenaries every day.

President of Ukraine Volodymyr Zelenskyi made a statement regarding Russia’s losses in the war in Ukraine by the end of the year.

In his evening address, the head of state reported on the situation at the front.

According to him, despite extremely large Russian losses, the occupiers are still trying to advance in Donetsk region, gain a foothold in Luhansk region, move in Kharkiv region, and are also making plans for the south.

“We are on the defensive and, most importantly, we do not allow the enemy to carry out his intentions. They said that they would capture Donetsk region in the spring, summer, autumn… This week, winter is already starting,” Zelenskyy reminded.

He also stated that Russian terrorists have deployed their regular army in Donetsk region, are losing hundreds of mobilized and mercenaries every day, and are also using barricades.

“This year, Russia will lose a hundred thousand of its soldiers killed and only God knows how many mercenaries. And Ukraine will stand. And the world will do everything so that everyone who is guilty of this criminal war will be brought to justice,” the president said.

We will remind, Russian mercenaries from “Hradiv” attacked the residential sector in Lyman. A person died during the attack.

The occupiers do not spare people and equipment, if only capture Bakhmut in Donetsk region.