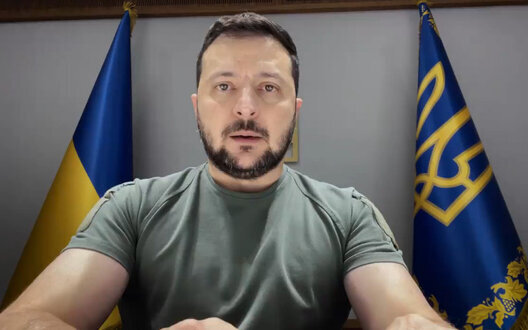 President Volodymyr Zelenskyi’s address to the citizens of Ukraine at the end of the 216th day of full-scale war with Russia.

Appropriate video published by the press service of the president, informs Censor. NO.

This farce in the occupied territory cannot even be called an imitation of referendums. What will be drawn instead of the result – we knew in advance. Alleged turnout, alleged interest. Even intelligence didn’t have to try very hard. Agreed figures for this farce – were thrown into the mass media. Russia is not even hiding.

The only rational response to such audacity of the occupier is even more support for Ukraine. And I thank our partners who confirm such support: defense, financial, sanctions,” said Zelensky.

Read also: Zelensky called on the UN Security Council to isolate Russia: the Russian Federation follows the “Crimea scenario”, there is nothing to talk about with Putin